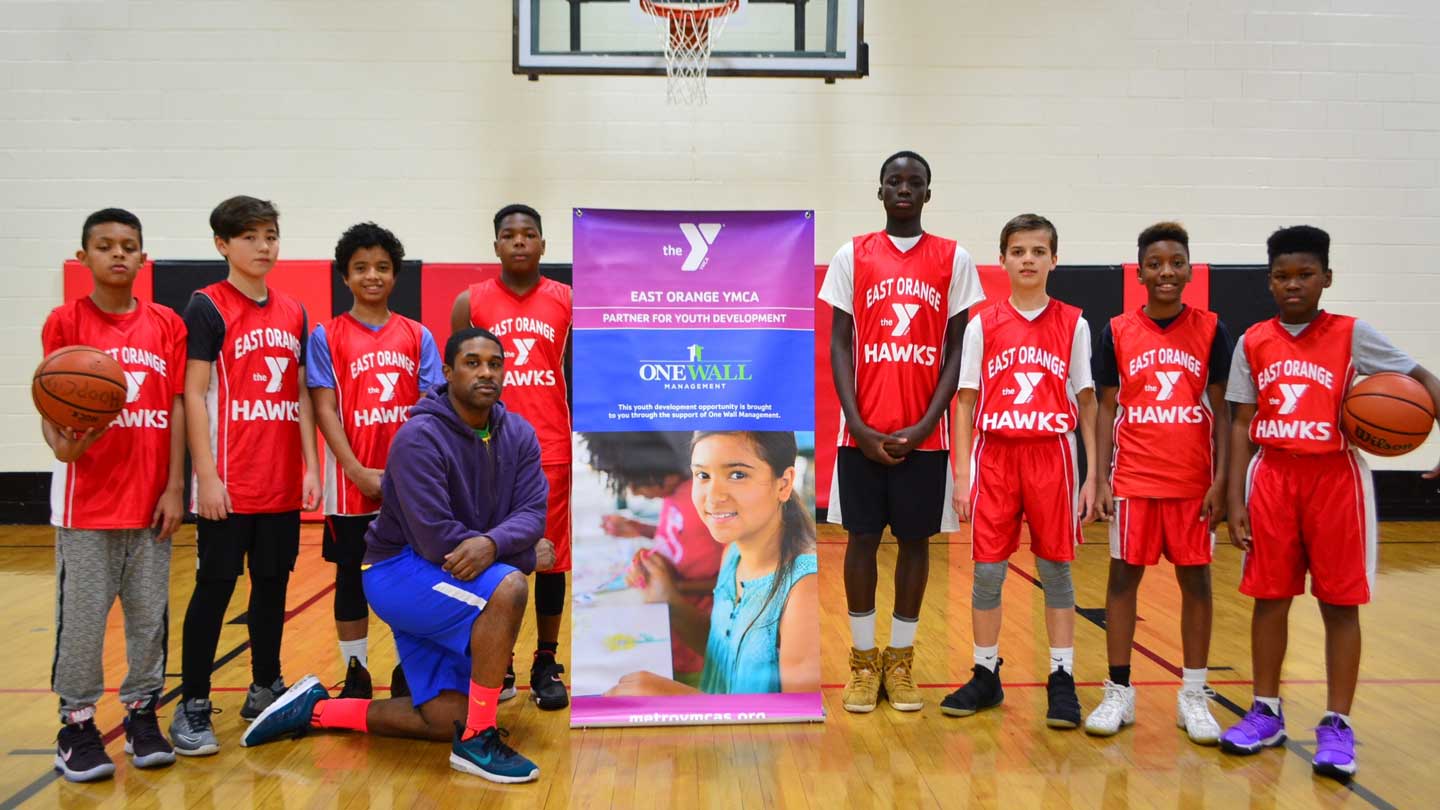 When East Orange YMCA Executive Director James Forde met with owners of One Wall Management about ways to expand opportunities for the city’s children and teenagers, the company went all in.

“We said, `let’s think big!’ ” said Ron Kutas, a principal and founder of One Wall Management.

One Wall Management, which manages 1,000 apartments in 26 buildings owned by One Wall Partners, is now the East Orange YMCA’s Signature Partner for Youth Development. The company’s owners have made a major financial commitment for three years to fund sports, a STEM initiative in the Y’s after-school care program, and other enrichment offerings.

“One Wall Management came through in a big way to allow us to get more children involved in activities that will help them grow and keep them safe,” Forde said.

“Our number one goal is to give back to the communities we invest in, and help strengthen them,” Kutas said. “We were looking to make an impact in a way that directly benefits our residents.”

James Moss, who serves on the East Orange YMCA’s board of managers, met One Wall Management Director of Operations Brian Jaffe, who told Moss the company was looking for ways to support East Orange residents, Kutas said. Soon after, Forde met with the company owners.

“The YMCA is like the glue in the community. It provides support in so many different aspects of life,” Kutas said.

The partnership will allow the YMCA to bring Rutgers University’s science, technology, engineering and math learning to the YMCA after-school childcare program at the YMCA and in city schools.

“Children are not getting the same academic opportunities as in private schools or wealthy suburban districts,” Kutas said. “The Y is trying to bridge that gap.”

Through the One Wall Management partnership, the YMCA has been able to offer its eight-week basketball program for grades 3 through 12 at a fraction of the cost.

“I’d talk to kids hanging out on the street and ask why they weren’t at the Y playing basketball. They said they didn’t have the money,” Forde said. And while the YMCAoffers scholarships on a needs basis, “We know the teens are not going to ask their moms to fill out financial aid forms.”

The decision was made not to make the basketball program free because “we want kids to have buy-in. They’re more likely to be engaged and take it seriously,” Kutas said.

East Orange YMCA basketball players received uniforms and compete in tournaments, Forde said. Older players will get to go on college tours to meet players and coaches. “We want them to see opportunities and be inspired to pursue their dreams,” he said.

One Wall Management supports the YMCA’s Safety Around Water program to teach kids to swim. A study conducted by the USA Swimming Foundation found that nearly 64 percent of African-American children have no or low swimming ability and are at risk of drowning.

The YMCA is also running a competitive cheerleading squad and a video club with the One Wall Management funding. “Children have different interests so we wanted to provide a variety of opportunities” Kutas said.

“Working with committed businesses like One Wall Management, the YMCA is able to broaden young people’s horizons, and provide a safe place for them to explore their interests,” said Metropolitan YMCA of the Oranges Chief Development Officer Lisa Kelly. The East Orange YMCA is one of seven branches of the Metro YMCA. “We are helping children develop their minds and bodies, setting them on a healthy, engaged path toward adulthood.”