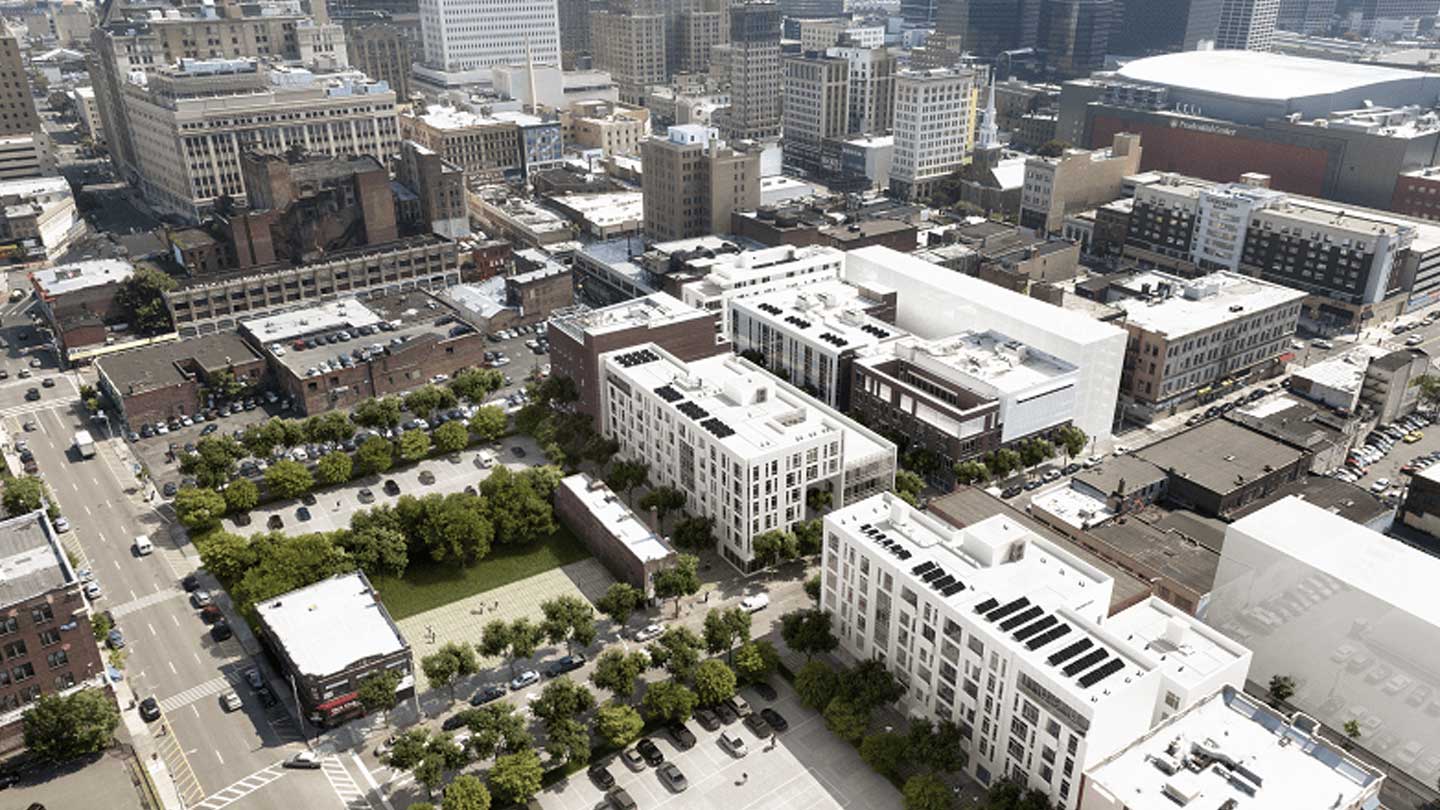 The sight of Newark Mayor Ras Baraka celebrating a development project in his city has become all too familiar in recent months.

But it was clear Tuesday that the latest milestone, the opening of the heralded Teachers Village project in the downtown, was especially significant. After all, the project dates back to a time when most developers couldn’t see the upside of building in Newark.

“And because he did that, many people began to follow that lead and develop in other places in the downtown community, which sparked millions and millions of dollars’ worth of development in the city and now throughout the (city),” he added. “The whole entire city is now feeling what has taken place here and began at Teachers Village.”

Beit, the founder and CEO of RBH Group, joined Baraka and other public officials on Tuesday to unveil the $150 million project in downtown Newark. Sitting just west of Halsey Street and north of Pearl Street, the six-building, 400,000-square-foot project has transformed five blocks in the city, resulting in 204 moderately priced apartments, three charter schools, open space and 65,000 square feet of retail space.

To be sure, the development is a far cry from what stood there before a groundbreaking for the project in February 2012, along with the years of planning that preceded the start of construction. Beit told the crowd that “exactly where you’re sitting, I used to jump up and down with pretty pictures on a broken surface parking lot, looking out at a sea of other parking lots.”

“When we broke ground on Teachers Village, I said that we looked forward to the day when Newark students would be sitting in brand new schools, their teachers living in beautiful, moderately priced apartments, with open space, recreational amenities and retail establishments that make a community a neighborhood,” Beit said. “That day has come.”

The project was every bit as pioneering as it was complex. Beit and other speakers lauded the public-private partnership behind Teachers Village, which relied heavily on the state Economic Development Authority and a long list of private-sector investors. The financing team included high-profile names such as Goldman Sachs Urban Investment Group, Prudential Financial and Nicolas Berggruen, the founder and president of Berggruen Holdings and the Berggruen Institute, along with several others.