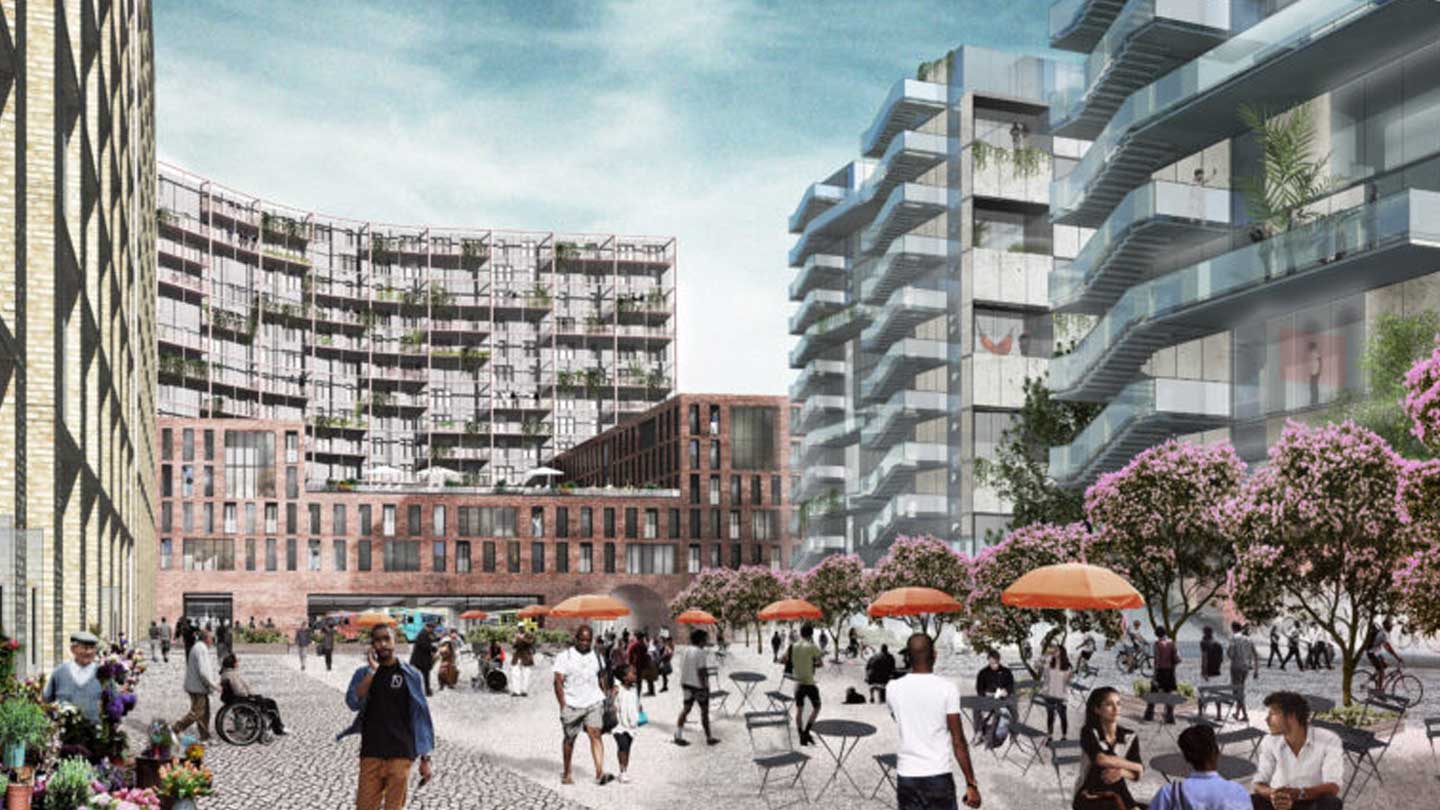 The firm seeking to redevelop the Newark Bears baseball stadium has lined up a team of architects for the ambitious project, which could create up to 2,000 residential units, 400,000 square feet of office space and a mix of retail, cultural and public spaces.

The eight-acre property sits between Broad Street and the Passaic River, about a block south of Interstate 280 in Newark. The empty stadium has loomed over the downtown since the team folded about four years ago, but development is now booming in the blocks nearby.

“When designing this site, it was important to us that our approach be focused on community engagement, inclusion and transparency,” said Ben Korman, CEO and founder of Lotus Equity Group. “We chose a team of architects that will not only create beautiful buildings, but also shares our commitment to urban planning and design that will thoughtfully support the urban renewal of Newark’s Central Ward.”

Korman added that the firm hopes the project, which is steps from NJ Transit’s Broad Street station, “will serve as a model for socially sustainable developments in Newark and across the nation.” Lotus chose the four design firms for their commitment to responsible community development, he said, citing their ability to “combine architecture and design with urban sensibility.”

The developer revealed that it was working with one of the firms, Practice for Architecture and Urbanism, when it acquired the property last November. The firm is set to both plan the site and be one of the three design architects for the first phase of the development now underway.

PAU has collaborated on projects such as Manhattan’s High Line, the redevelopment of Lower Manhattan after 9/11 and others.

“We feel deeply privileged to be part of Newark’s renaissance under the leadership of the Lotus Equity Group and the City of Newark,” said Vishaan Chakrabarti, founder of PAU. “The entire project will set a global benchmark in groundbreaking design that builds upon the vibrant communities that already define one of the most culturally and historically significant cities on the eastern seaboard.”

Minno & Wasko Architects and Planners is the architect of record for the redevelopment project. With offices located in Lambertville and Newark, the firm is well-versed in urban development and specializes in mixed-use space that leverages design, planning and structural engineering to support its community-based master plans.

“As a firm, Minno & Wasko is proud to be part of the redevelopment of the Newark Bears Stadium site, contributing to the vibrant urban experience of downtown Newark,” said Leonard Infranca, principal with Minno & Wasko. “Through collaboration with the outstanding team of Lotus Equity, the design team and other professionals, we aspire to further our commitment to create quality civic space and buildings that foster a new sense of place.”

Michael Green Architecture is an award-winning architecture firm known for its use of “mass timber” construction, a style of architecture often featuring large wood panels, Lotus said in a news release. The firm recently completed the largest mass timber building in the U.S., the T3 building in Minneapolis.

Michael Green, its founder and principal, said his team was “honored to be part of such a talented group of innovative, forward-thinking design leaders.”

“We are inspired by projects that contribute to the growth, health, and development of their communities. This redevelopment plan aspires to infuse Newark with a lively, active, and vibrant heart,” Green said. “MGA is committed to the vision Lotus Equity Group has for this ambitious development and look forward to seeing it come to life.”

TEN Arquitectos, which is based in New York City and Mexico City, has designed award-winning projects such as One York in Manhattan, where it revived a 19th-century brick building into residential, commercial and retail space.

“I am interested in this project for many reasons, but very specially for the opportunities that it gives us to explore new models of urban living in conditions of density, and public space as an extension and a complement of the residential environment, blurring interior and exterior and private and public,” said Enrique Norten, director and founder of TEN Arquitectos. “It is also a wonderful opportunity to collaborate with a very interesting and unique client, and a wonderful group of colleagues who I enjoy and respect.”

(for more of the article click on the following link)