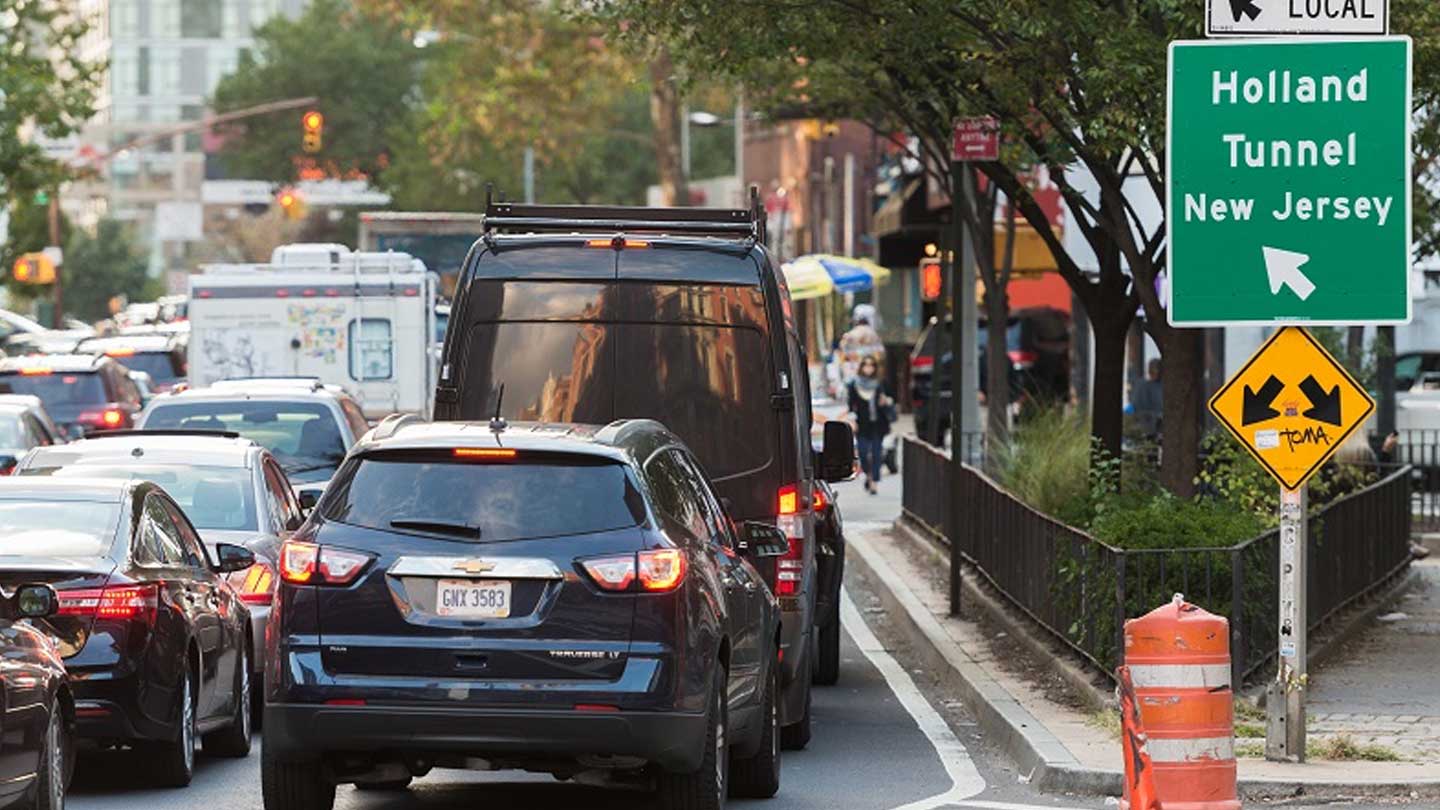 A landmark package of new rent control laws passed by the New York State government in mid-June appears to have kick-started a new kind of boom for the New Jersey real estate market.

The laws, which dramatically strengthened tenant protections in New York City, took key steps such as repealing what was known as the vacancy bonus provision, which had allowed a property owner to raise rents as much as 20 percent each time a unit became vacant.

The new regulations have already started a major migration by New York real estate investors to properties in New Jersey, according to Brian Hosey, a vice president with Marcus & Millichap and the firm’s regional manager for New Jersey.

“One-third of our investors are now coming from New York City,” Hosey said. He noted that there has been additional interest by investors in communities in northern New Jersey, including Irvington, Paterson, the Oranges, Hackensack, Cliffside Park, Westfield and Summit.

“All of these communities are fair game for investors,” he said.

Most of the data on this movement is anecdotal at this point, yet seasoned investors in the Garden State are feeling it firsthand. So says Nate Kline, chief investment officer and principal with One Wall Partners. He said the Newark-based firm, which focuses on “multifamily, workforce housing,” has been investing in New Jersey properties since 2013, but noted that competition from New York-based investors has in fact ramped up recently.

“In my conversations with brokers, I’ve been told on frequent occasions that investors are entering the New Jersey market for the first time,” Kline said. He added that “the buyer universe of New York investors bidding on projects has clearly expanded because we know more people (from New York City) are bidding on assets in New Jersey.”

In another conversation, this one with a member of Freddie Mac’s production team, Kline learned that “this year, northern New Jersey became the most active loan origination market for the agency’s Small Balance Loan Program in the nation, overtaking Brooklyn.”

Michael Lefkowitz, an attorney and real estate transaction specialist with Manhattan-based Rosenberg & Estis PC, noted that many of his developer and real estate investor clients are ready — and eager — to cross the Hudson River.

“My clients rent regulated multifamily dwellings and office buildings in New York, but for them that game is over” due to the new regulations, Lefkowitz said. “My clients are now focused on other asset classes, and you see more competition and interest in office buildings and also outside of the five boroughs.”

To Hosey, this new rush of New York real estate investors is all a matter of the economics of rent control. In particular, he considers the elimination of the vacancy bonus “shortsighted.”

“I understand that there is a major issue in that rents in cities are skyrocketing, but I think New York has gone too far,” he said. The new rules “have created a rent stabilization market (in New York City) in which rents are lower and a non-stabilized market in which rents are much higher.”

And both Hosey and Lefkowitz argued that, with the removal of the vacancy bonus, New York landlords will be reluctant to renovate vacant apartments if they cannot cover the costs through rent increases.

“Now that the rules have changed, these dollars are no longer being spent on property improvements in New York City,” Lefkowitz said. “The new regulations have taken away any incentive to better the housing stock.”

In another key development, the New York State regulations were made permanent. In the past, rent control rules were tweaked every four to eight years.

“I think people were accustomed to relatively incremental minor changes every few years,” Kline said. “The regulations would go back and forth favoring first tenants and then landlords.”

With the new rules, this has become a thing of the past — barring changes in the future by new lawmakers or a new administration in New York State government.

Hence many New York-based investors are looking to the Garden State for what they anticipate will be better returns on their investments.

“What they’re not going to do is buy more rent-regulated properties in New York City,” Lefkowitz said. “They’re going to go elsewhere such as garden apartment properties in New Jersey. They tell me they’ll be able to get better returns from these properties.”

The New Jersey markets that stand to benefit from these investments are those that have transit-oriented housing.

“We as a company have always focused on markets with the transit infrastructure for getting into New York City,” Kline said. “We operate in the counties closest to New York — Bergen, Hudson, Essex and Union. These are the four counties that have the most transportation infrastructure, and they are the most densely populated.”

In addition, this new interest from New York City investors isn’t confined to the residential market. Many of Lefkowitz’s clients are looking to pour money into more traditional commercial properties in New Jersey.

“Real estate investors are chasing yield,” he said. “If they feel they can bring their expertise to a different asset class, they’ll look outside their comfort zone at other asset classes such as industrial developments and office buildings.”

The regulatory climate in New Jersey is far different from what has taken hold in New York State, Hosey said.

He noted that New Jersey rent control laws are administered locally rather than by the state, “and New Jersey cities have a more free-market approach.” In fact, some New Jersey communities, such as Montclair, have no rent control regulations

“Montclair has a lot of new projects going on, lots of high-quality rental units going up right now,” Hosey said.

“How much extra business will come from these investors is hard to tell,” he said. “We will need to educate these investors so that they understand a town’s rent control laws, learn what these properties are trading for, sales comps, rental comps and how to manage a property in a different market.”